Delhi building gets a makeover, retains its soul 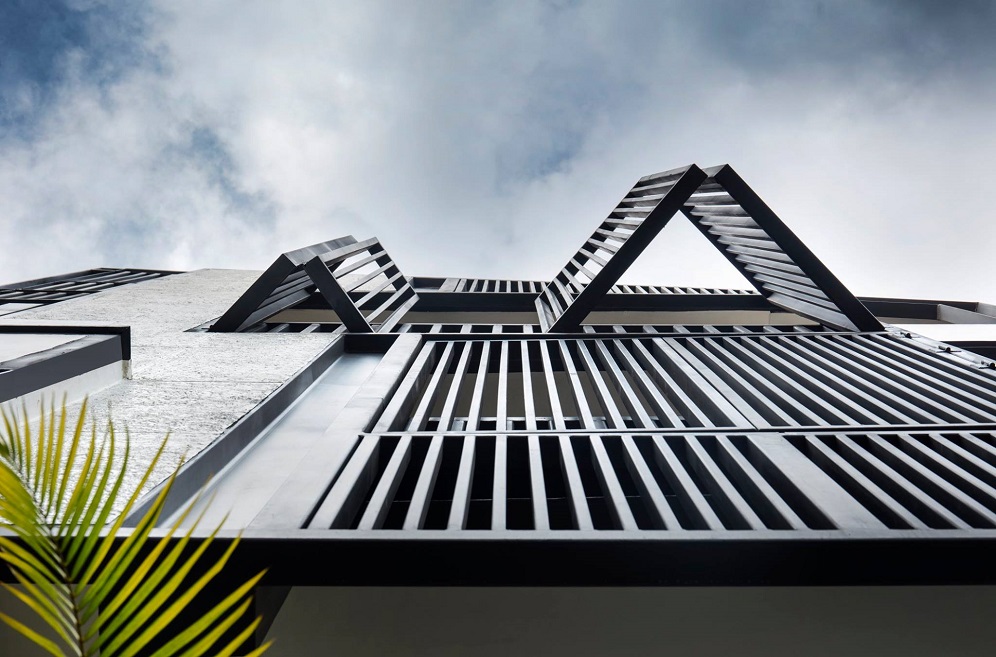 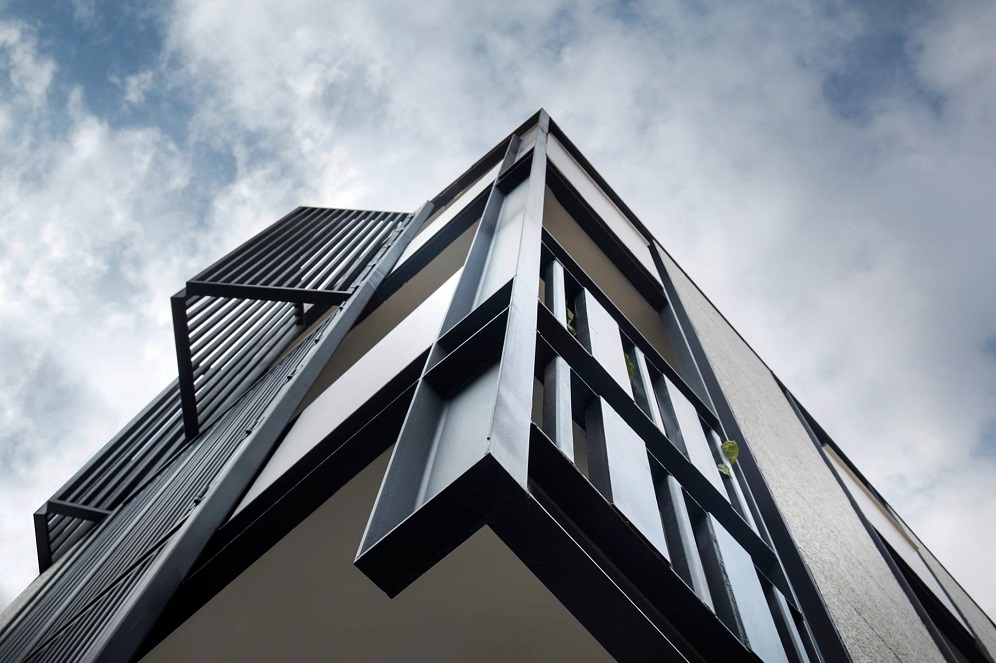 Ar. Arora’s inserted technically expressive, delicate and lightweight steel and concrete to camouflage the old and re-create a new path in adaptive reuse. This was done by retaining structural entities and architecturally strengthening parts that were once worn out.

Ar. Arora placed a strong emphasis on the use of façade designing that enabled the proper use of this louvred facade layering. He said, “A design journey of overlaying a different design soul over an existing solid framework can result in some exciting design harmonies. The journey detaches itself from its true culture and coordinates and fits into a new cultured zone of architecture.”

Initiated with a meticulous design investigation, an aesthetic make-over was given to this 20-year-old structure, creating an architectural spectacle on the Gurugram skyline. Illustrated as the shortest path between two faces of an entity, the concept of hypotenuse is expressed in the two open elevations at the site. Hence, the slanted hypotenuse forms the elongated framework around the two open-faced facades of this house, built to emphasize the use of proper utilisation of a decaying structure through the use of the new louvred façade layering hung to the old available mass.

In order to demonstrate the design harmony to the viewers passing through, Ar. Arora came up with the idea of equating both the south and east elevations that resulted in 1:1 elevation design ratio, creating an architectural craft out of the mundane Gurugram skyline. The embroidered surface creates a peripheral void that, in addition to bringing in light, also creates a space for ventilation and a balcony to sit and relax. 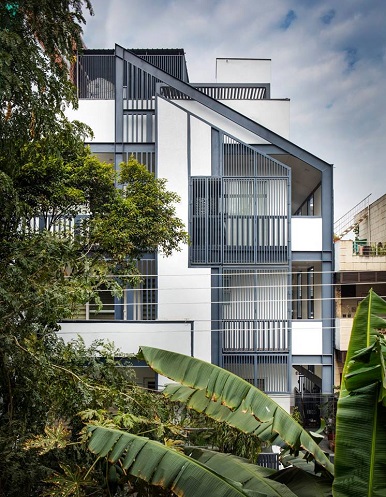 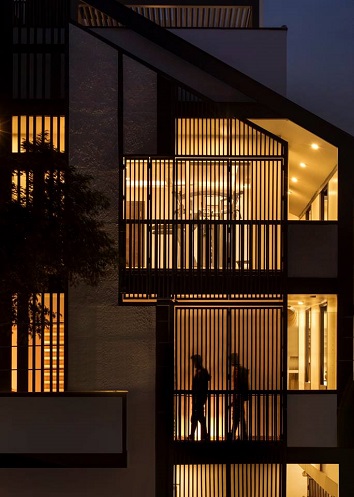 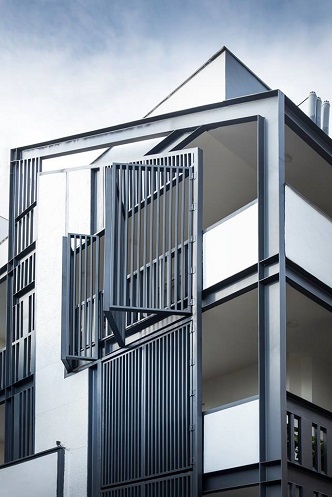 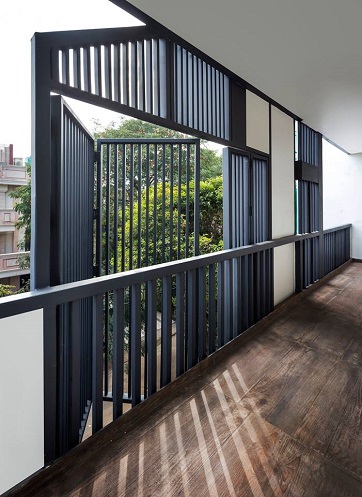 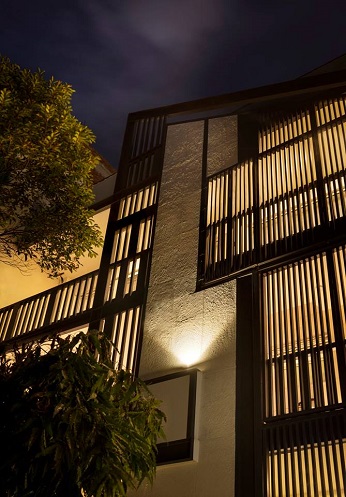 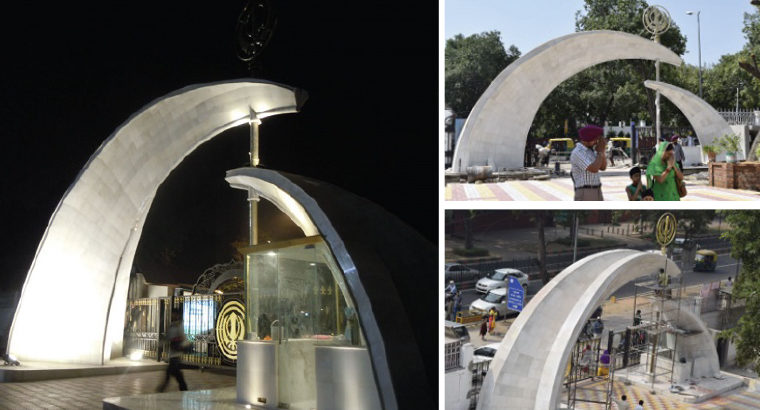 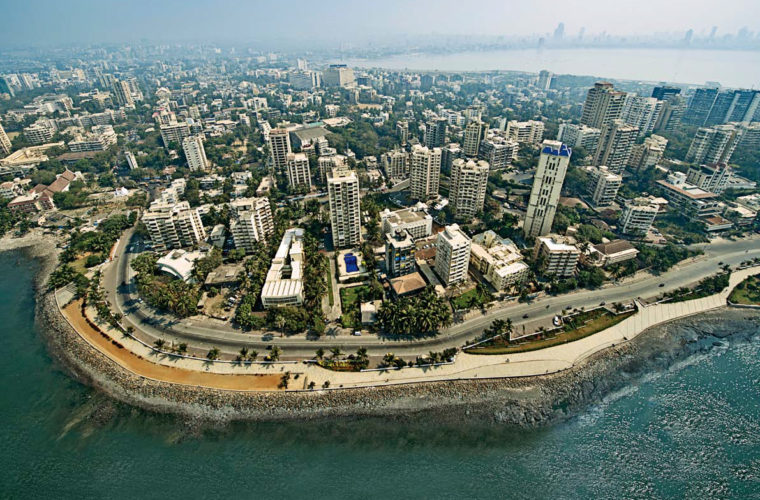 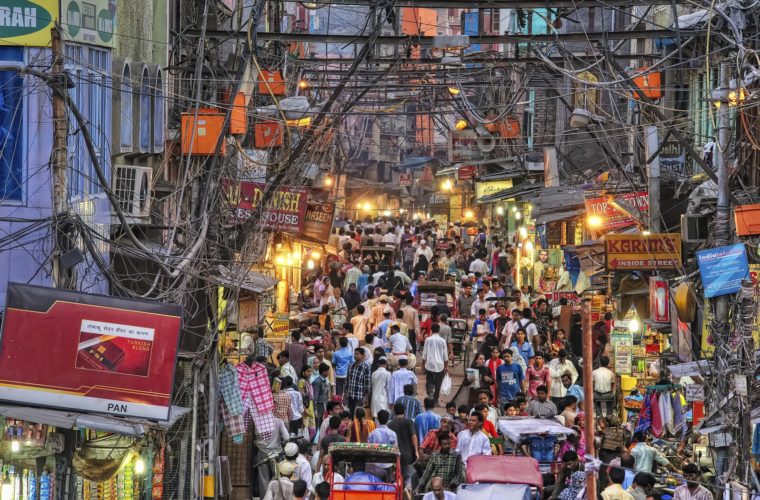