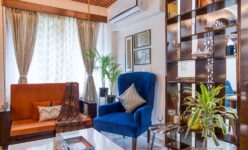 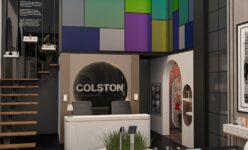 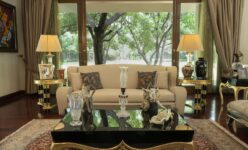 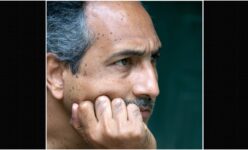 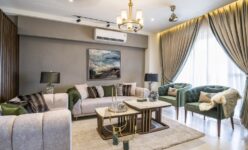 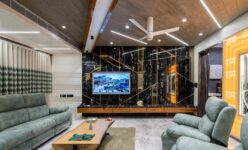 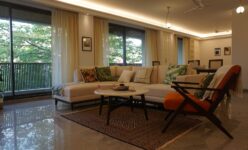 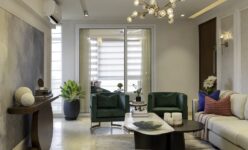 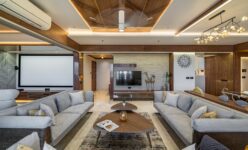 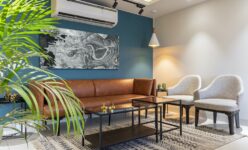 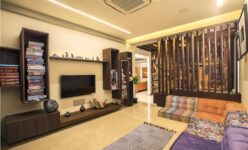 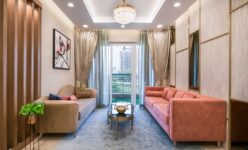 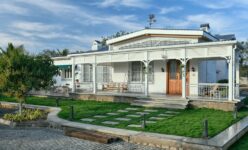 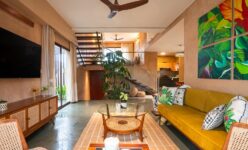 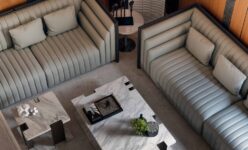 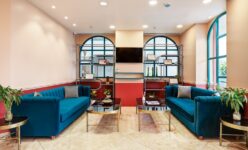 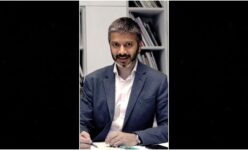 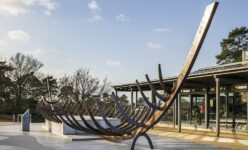 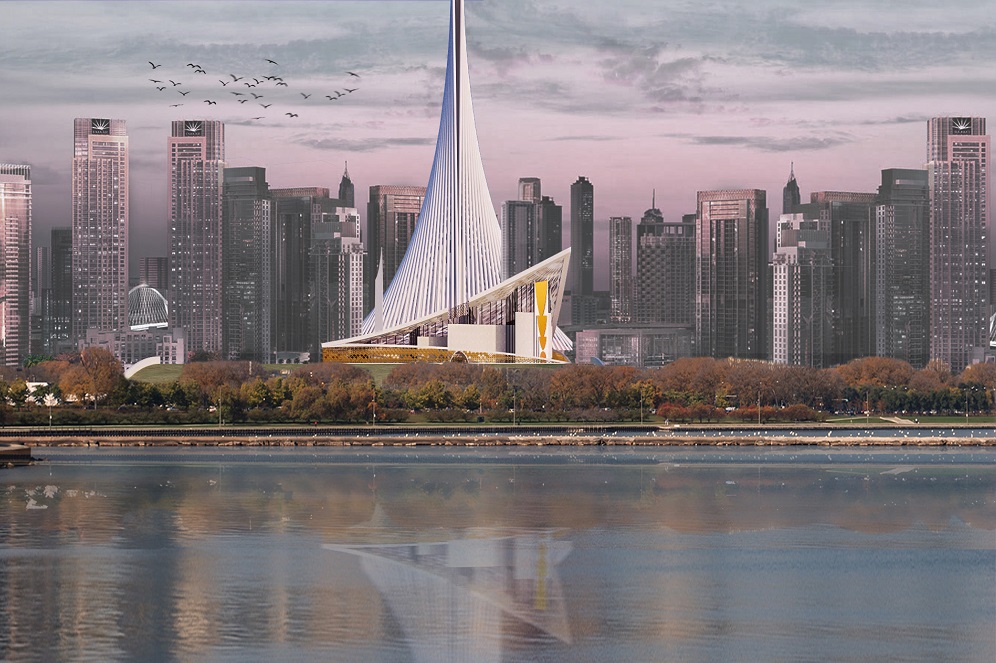 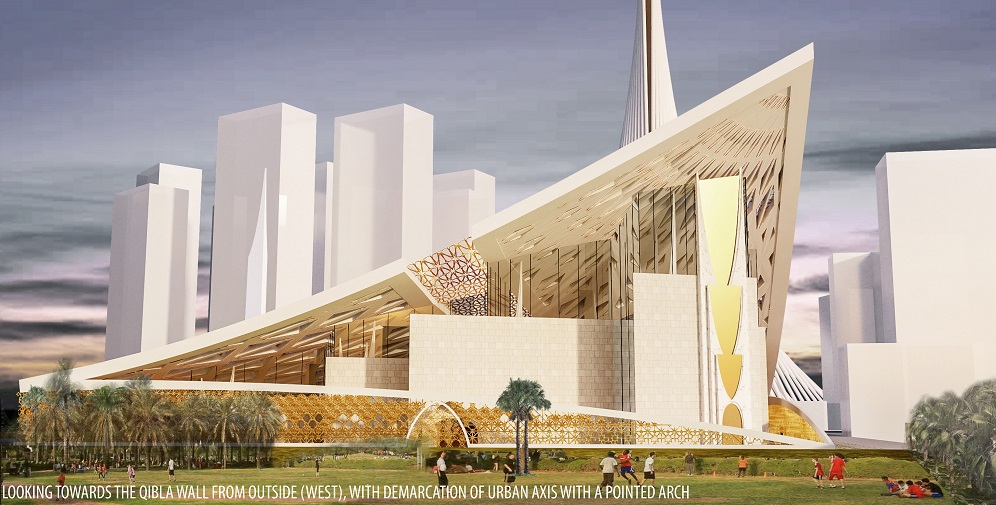 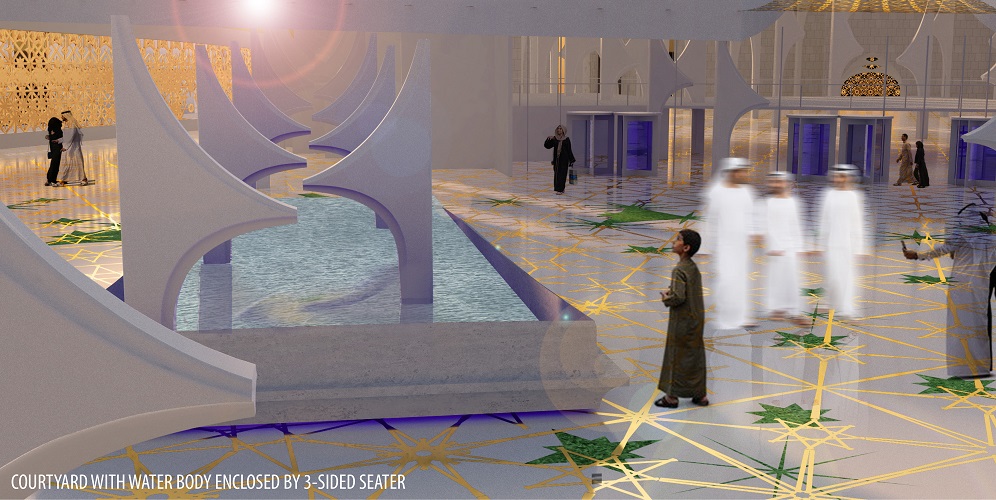 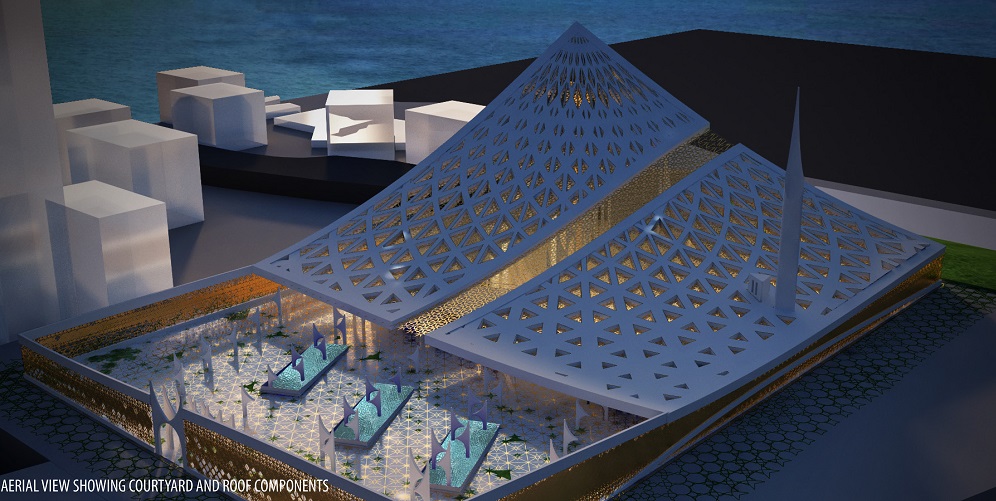 Gurugram-based Design Plus Architects, Gurugram and New Delhi-based rat[LAB] Studio have designed the Crescent Mosque in Dubai, which was to conceptualize a mosque.

The mosque is designed with the crescent shape in mind; a symbol of humility, celebration of culture, rediscovery of ancient knowledge and the acknowledgment of the Islamic faith. It is inclined towards Mecca, which drives the internal circulation and orientation – complemented by the iconic tower designed by Santiago Calatrava.

A large peripherical jaali screen surrounds the mosque on all four sides with an intricate Islamic-patterned jaali changing in porosity to control visual and light filtering. The 10 m. boundary wall comprises a 7 m.-high metal jaali that blocks the eye view.

The structure of the Grand Roof is based on the numerically dominant number 19. Measuring approximately 120 m. on each side, it is geometrically developed as a peeled-off surface from the structure. Its structural pattern reflects the segmented qubba (dome) that is formed on the zenith, intersecting with a large circular Boolean originating from the Plaza of the Dubai Creek Tower.

The zenith of the roof is a visual orientation for worshippers to look towards Mecca. It rises as a peeled-off structure to have the highest point in the direction of Mecca, at a height of 57 m. The prominent urban axis originating from the Dubai Creek Tower is retained within the mosque, by aligning the main entrance with a front courtyard. The roof is punctured by a thin screen of geometric Islamic patterns.

One enters the mosque through a five-arch semi-arch gateway. Visitors are oriented towards Mecca through the archway formed by columns placed in an alternating grid. Three water bodies are placed in an open courtyard oriented in the column grid aligned towards Mecca. The water body is enclosed by seating on three sides that merges into the ground, symbolizing the gesture of bowing down towards Mecca.

There are 114 columns placed in an alternate grid aligned towards Mecca, which symbolizes the number of surahs in the Holy Quran. The minbar of the qibla wall is the platform for the preacher, located in the central colonnade axis to maximize visibility. The mihrab is formed by two semi-arch columns that form a set of pointed arches that repeat as linear forces to demonstrate grandeur and the heavenly abode.