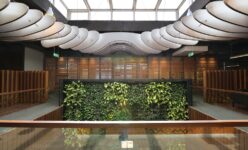 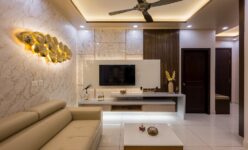 How does statement furniture enhance the interiors? 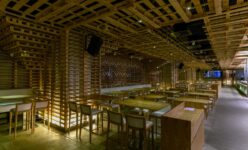 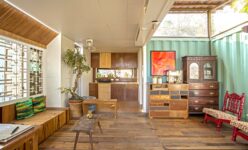 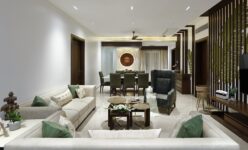 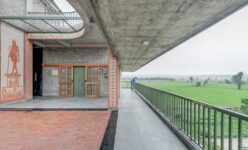 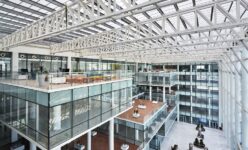 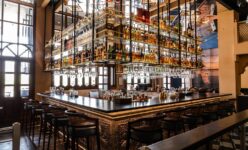 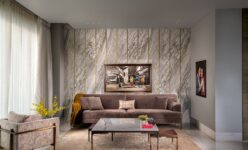 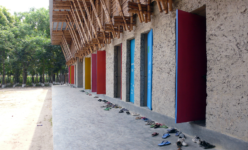 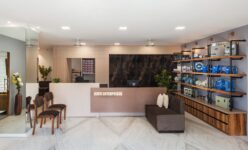 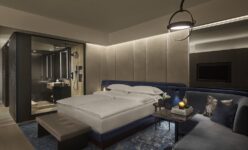 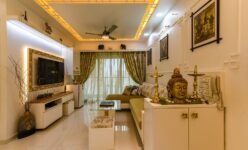 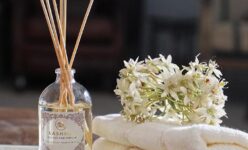 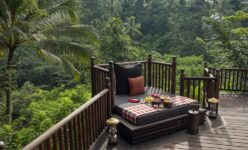 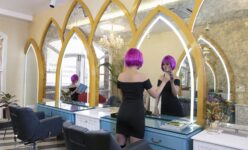 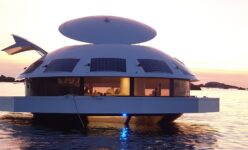 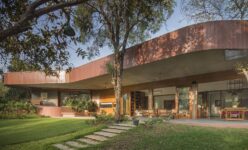 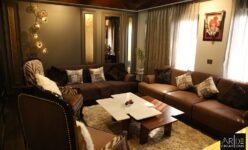 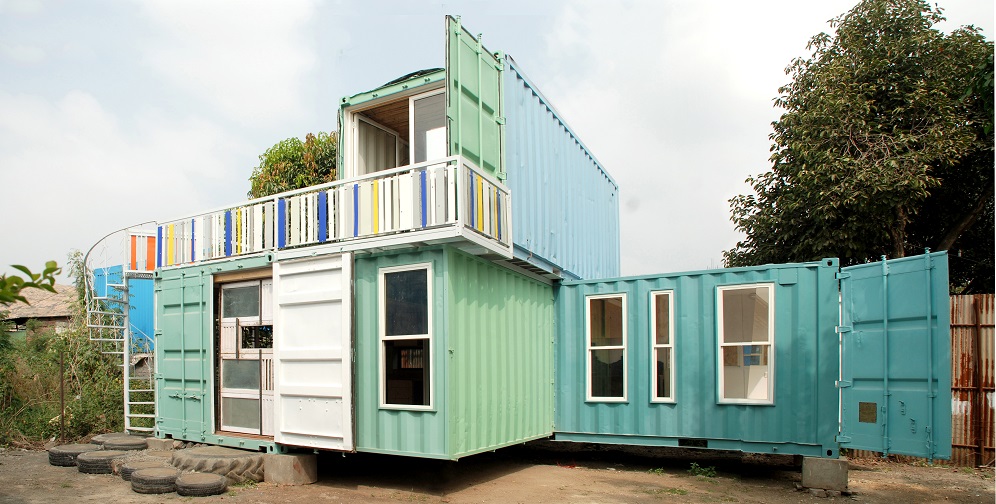 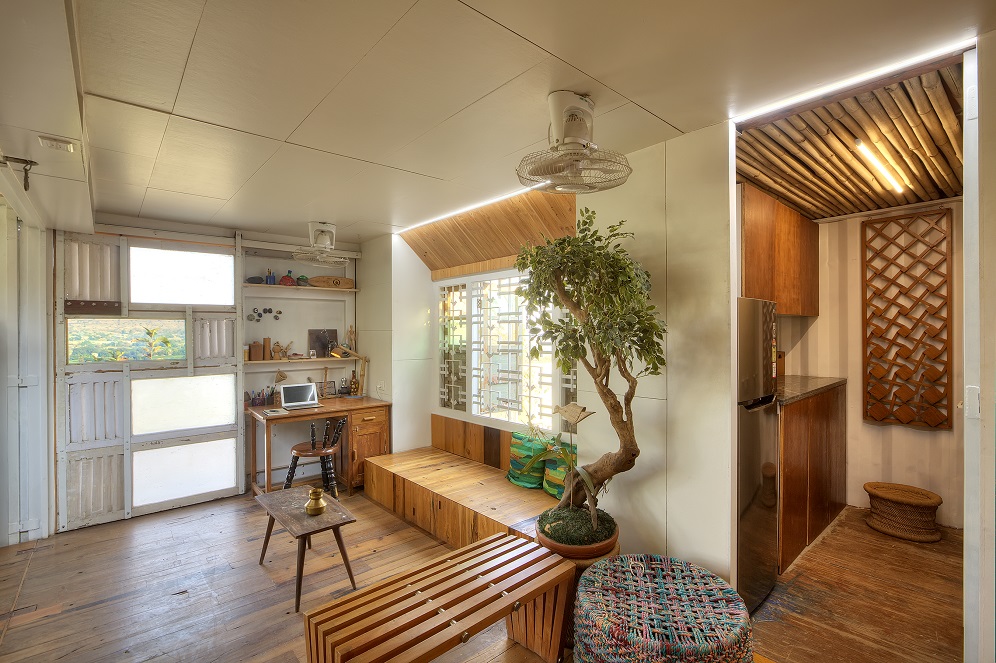 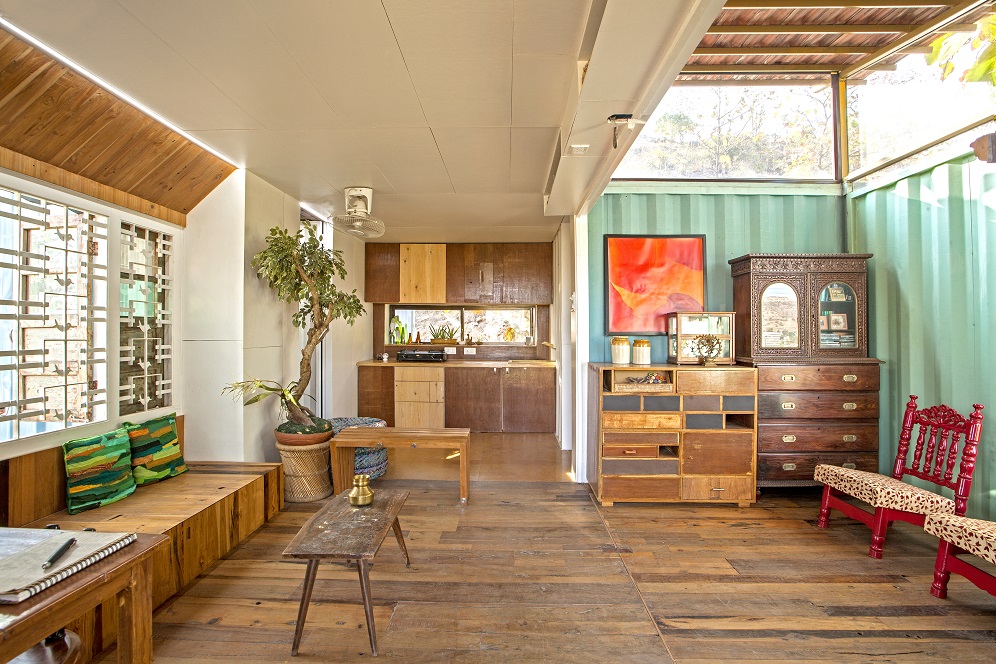 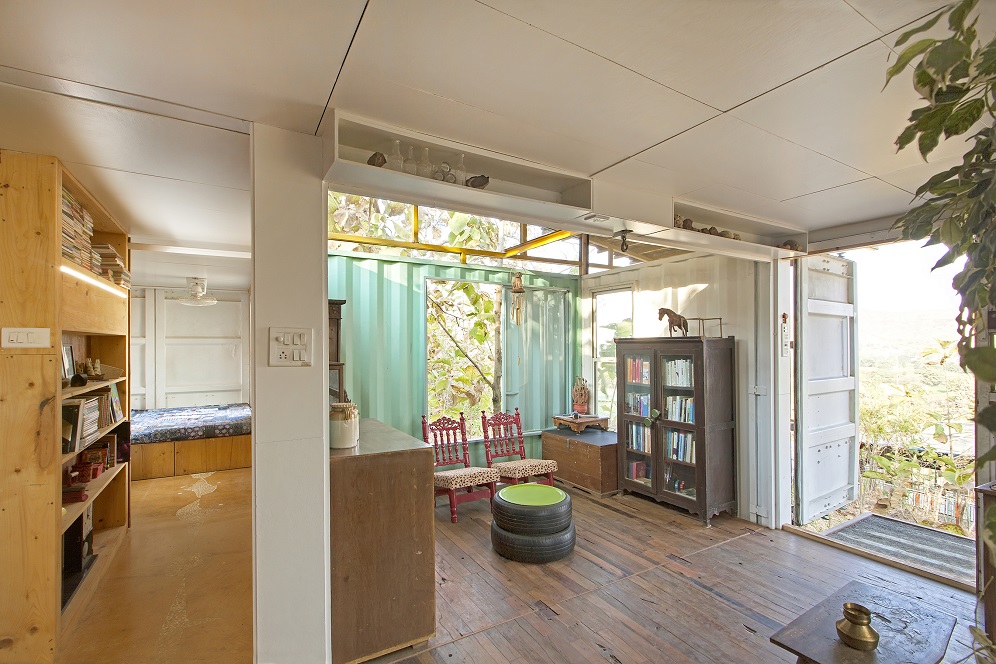 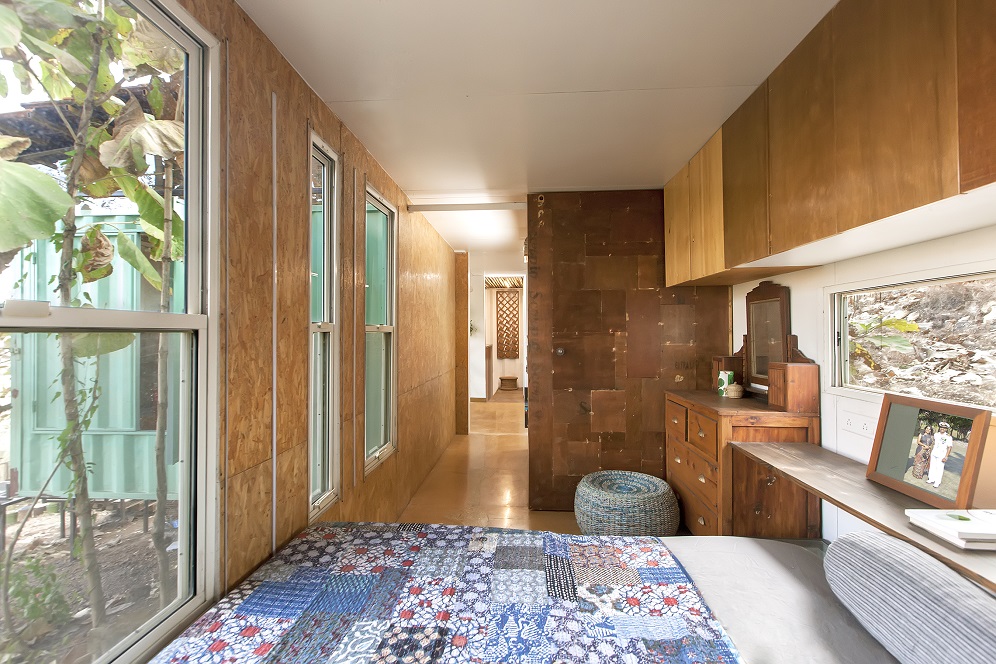 Pune-based Studio Alternatives has designed The Blue House, which was to reconceptualize used shipping container spaces into secure housing and accommodation spaces. Ranging from affordable to luxurious, their modular construction allows them to be deployed at remote areas, easily dismantled and re-installed at a new location. Sections can be added to maximize space, with services such as electricity, water and sewage either connected to the main grid, or use off-grid solutions.

Made out of two 20-feet by 8-feet shipping containers (a third 20-feet container was added later), the residence is joined in an L-shaped configuration, creating a living space, kitchen, bedroom and bathroom. The primary material used was discarded shipping containers, which were sourced, repaired and made leak-proof before use.

Reclaimed roof tiles sourced from a local village house were reused as the roof over the extended living space Reclaimed wooden window shutters were used for the entrance door, while the staircase was created out of leftover container sheets, packaging crates and old sleeper wood. There is an openable deck with a hinged plane on the outer side of the first container, creating an enclosed additional space in the living room. The modular construction makes it easy for the user to add more sections to increase the space for future requirements. An old spiral staircase was sourced from scrap with a railing with discarded ACP sheets from petrol pump fabrication, while fabric scraps were used to make cushion and bed covers.

While first installed at the first location, the third container was fitted on top of the L-shaped configuration to be used as an office space. Reaching its final location in Pune, the container was integrated into the side to create an additional usable space. Reclaimed wood was used for access and openings, and the aluminum doors and windows are locally-sourced. Wall insulation was done with surplus nitrile rubber sourced from scrap dealers, while ceiling insulation was made from discarded thermocol/styrofoam packaging. Wall cladding was made from leftover cement fiber sheets and recycled chipboard. The flooring and seating was created from mixed-scrap reclaimed wood from the local timber market.

Fixed furniture, cupboards, doors and partition shelves in the bathroom were made from reclaimed packaging pinewood and plywood scrap. Loose furniture such as old chests, cupboards, center tables were made from locally-sourced reclaimed material. A discarded metal drum was upcycled to create a sink and washbasin, while the bathroom door was made from an old door. Metal scrap such as gears and shower heads were used to make the handles, and discarded Jaisalmer stone used in the bedroom, kitchen and bathroom. A pattern on the bedroom floor was created out of the leftover uneven edges of each slab to avoid wastage.

Being a ready-to-install container, the joints were made specifically to sustain the rigorous movement to be experienced during the container’s transportation on trucks and cranes on bumpy roads. Around 60 per cent of the materials were reclaimed and upcycled in the project, such its services, materials and fixing details. The firm also collaborated with scrap dealers, and incorporated alternative insulation solutions and paints to enhance the eco-friendly living experience. 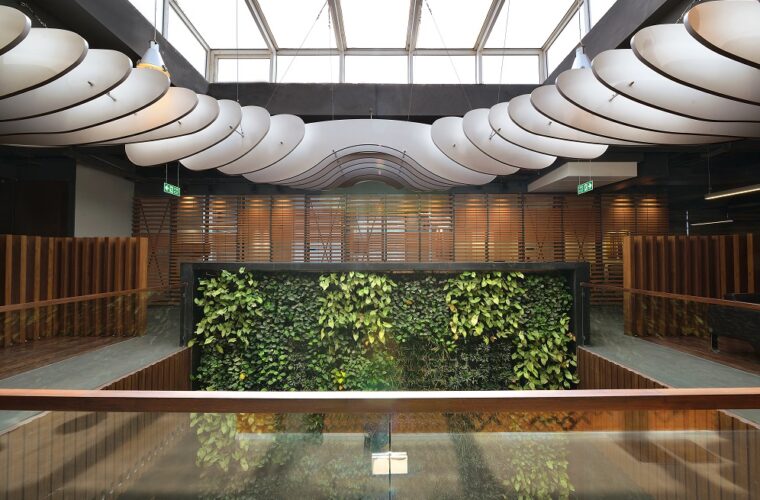 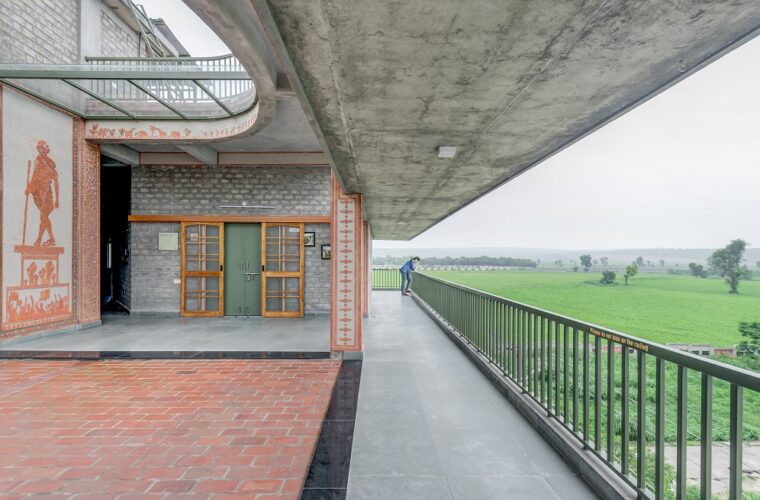 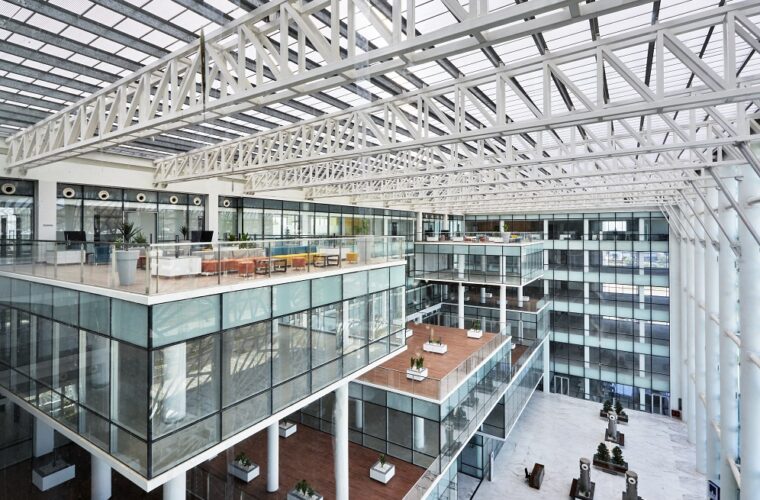