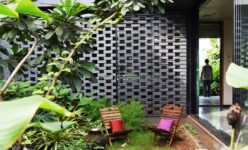 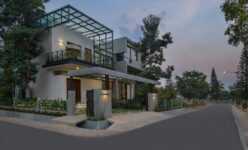 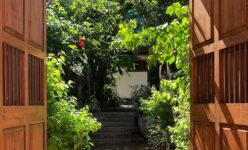 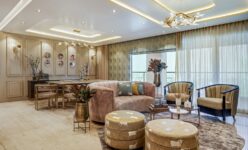 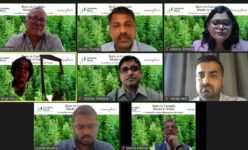 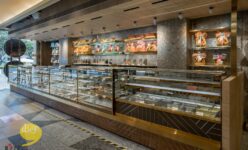 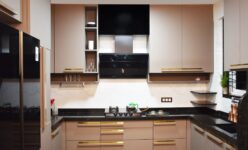 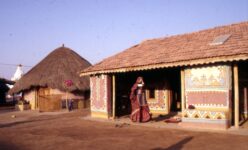 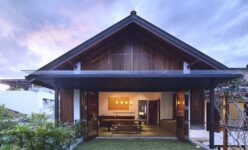 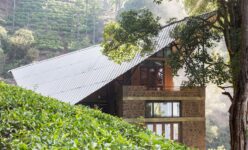 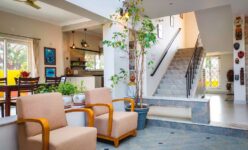 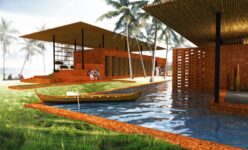 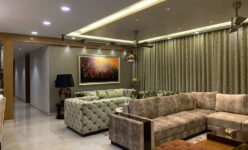 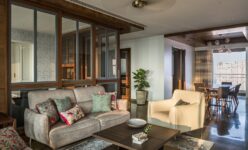 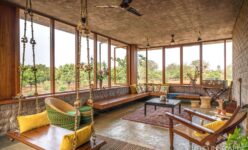 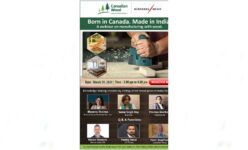 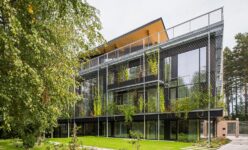 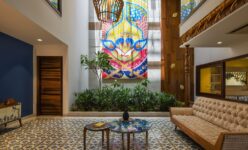 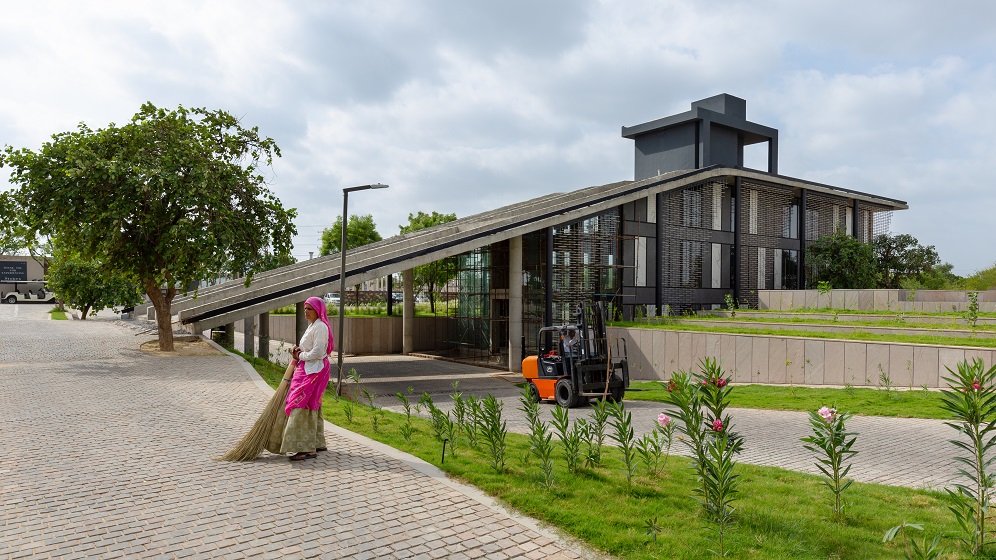 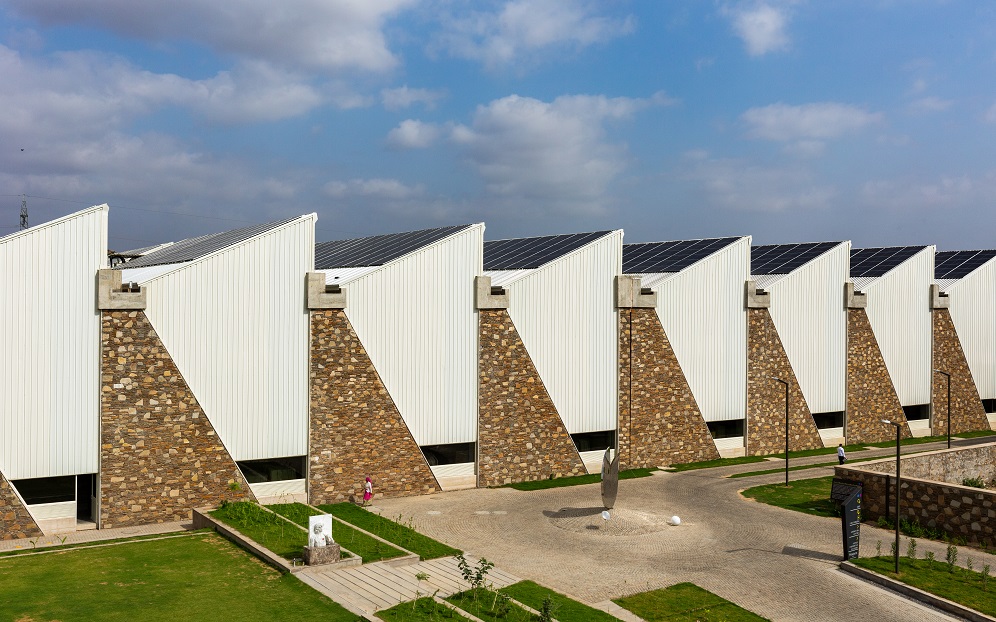 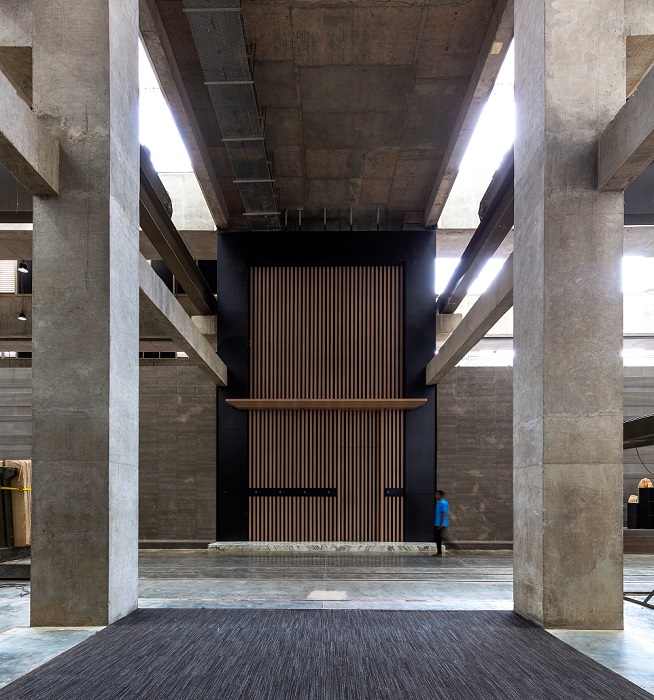 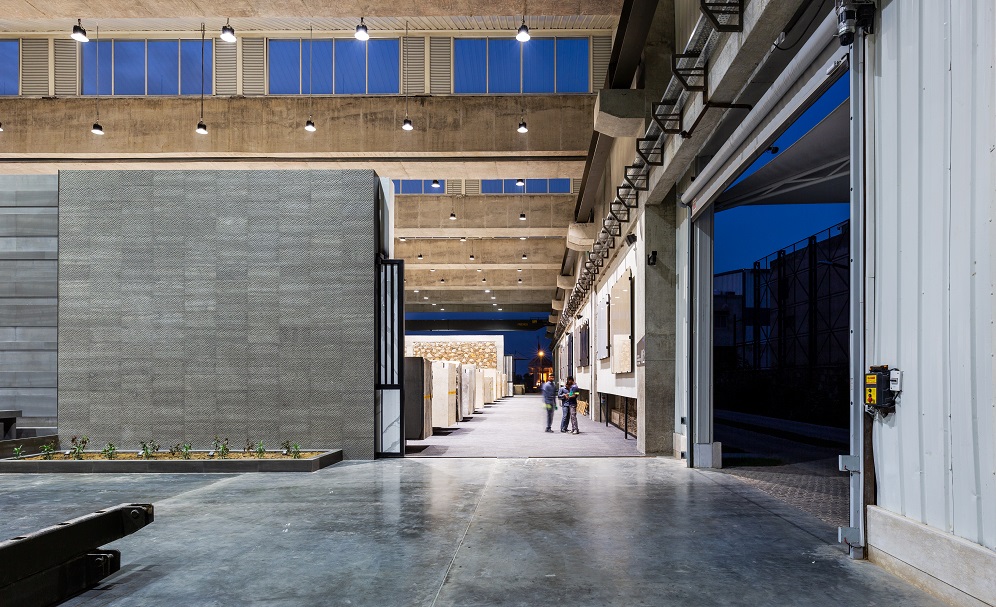 New Delhi-based Urbanscape Architects have designed rthe Stonex in Kishangarh, which was to conceptualize an administrative and industrial complex for a marble supplying factory.

Instead of erecting an impersonal factory-processed industrial shed that focuses on the product, the factory was developed as a native production house, and was inspired by the regional Sonpura temple. Keeping in mind the worker who inhabits the stone processing factory under harsh working conditions, the production unit is designed to have a comfortable ambience throughout the day.

The skin of the office building was sandwiched between two laminam panels to further insulate the interiors. An enveloping stone screen was fabricated using the stone waste from a nearby quarry and onsite, which provides solar shading. A playful light-and-shadow effect was created, thanks to interwoven stone blocks that appear to be floating at different levels.

The site accommodates maximum built-up area and is oriented in the east-west direction, along with north light trusses and optimum solar roof. Vehicular access is restricted to one side to ensure low pollution levels and efficient movement.

Facilitating climate-responsiveness, earth berming and earth coupling ensures a partly-sunken mass that responds to the hot and dry Rajasthani climate. Radiant cooling allows for a 60 per cent efficiency in the running costs, which has resulted in cutting HVAC load by 40 percent. Floors are radiantly cooled to regulate temperatures.

The stone façade bears strength and fluidity, and the buttress was used to hold the structure together. A double-glazed structural glazing system and insulated aluminum panels comprise the exterior face, which complements the rubble façade. Factory waste such as stone slate was fixed with SS rods and spacers to provide shade for the office façade. 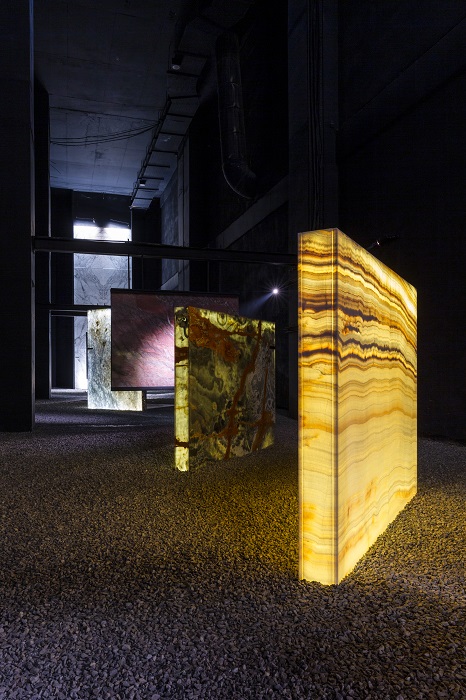 The processing plant and display area are well-insulated using local rubble walls of 550 mm thickness towards the eastern façade and insulated galvalume sheet in the triangular-shaped flutters with a blank façade towards the west. Glazing and louvers at the lower level connect the viewer visually with  the landscaped surroundings, while the louvers and glazing towards the northern light develop a wind draft to release the warm air and bring in the light. Local rubble masonry which involved local craftsmen, facilitates the passive design to optimize the climatic conditions.

North light trusses were introduced to penetrate the entire volume sloping at an angle of 23 degrees towards the south, which provides space for photovoltaic panels and a solar roof of almost 1MW. Long concrete gutters avoid water leakage and facilitate maintenance.

Green cover, soft scaping and bio STPs recycle wastewater for landscaping and toilets. The firm installed a hundred per cent rainwater harvesting process that keeps the groundwater table recharged and cools the facility. The office was sunk into the ground, away from the existing row of trees, and the irregularly-shaped courtyards avoid damage to the roots of the existing trees. The mass was punctured to create sunken courtyards and an amphitheater within the earth-cooled lower floor. A silhouette adorned by stone screens and greenery climbs up the roof while the roof wraps around the ground and merges into the landscape to maintain temperatures 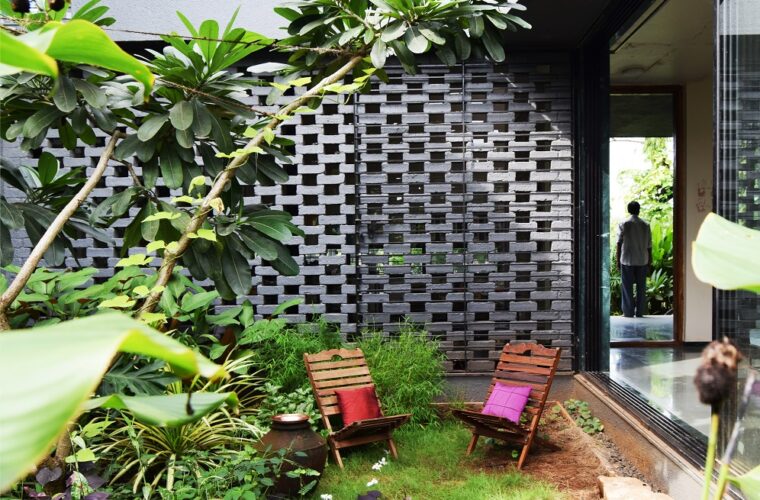 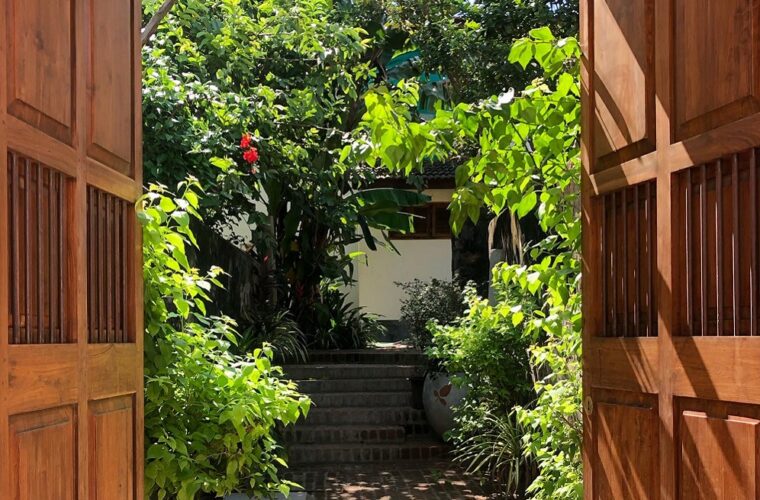 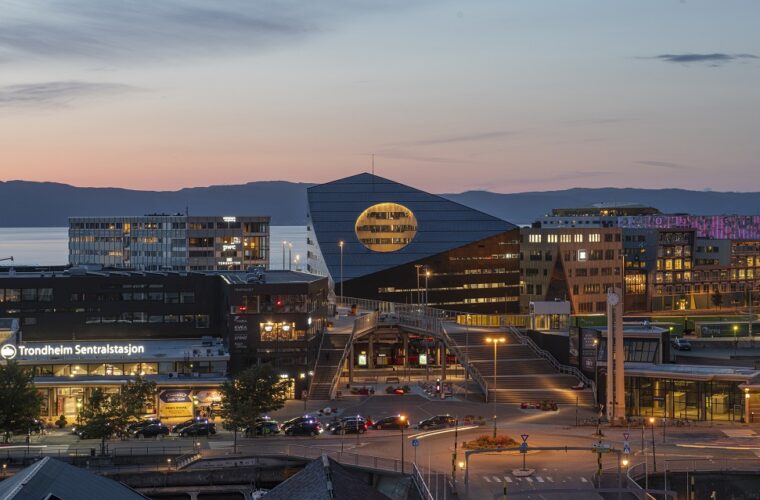